You don’t have to have hot air balloons bright and dancing on the day you turn seven, but it helps.

The smell of food stalls lining the paths, the glow of lights in every direction, music pulsing deep and loud as the balloons light up in beautiful rhythm.

I’ve been mindful of wanting to both do more cool stuff, as well as appreciating the things I experience that are cool.

The night glow at the Bristol International Balloon Fiesta: 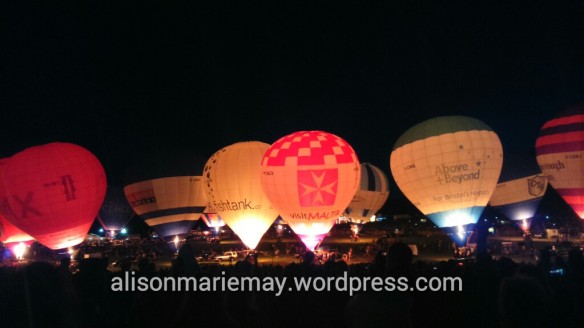 Everything about the fiesta is fun, but this was our first night glow. It was also our first time attending with a camp friend – and her daughter accidentally knocking my daughter’s tooth out! 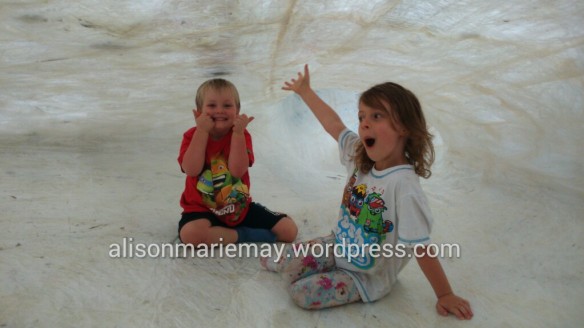 This is one of the coolest things I’ve ever done. It’s an interactive art exhibit – a treehouse/tunnel/otherworldly place suspended between trees….and made of nothing but sticky tape. The time inside this thing felt like a little bit of magic.

Despite living so close to this place, we’d never been before last week. It’s a Victorian cemetery and woodland. I’ve been to old cemeteries thst have been reclaimed by nature, but this took it to the next level.

Graves are interspersed into old woodlands, with dark paths twisting around. I swear we saw a Leopard Cat, but I accept it may have actually been a Bengal.

I LOVE MAZES. And this one went on long enough to freak out both my father in law and son. All us women were laughing rather cruelly and helplessly at their worry we’d never escape.

The kids then climbed and conquered a mountain made of hay bales, before whizzing down the attached steep slide.

We are lucky enough to live in a city that loves hot air balloons. Spring through autumn (but especially summer), when dawn and/or dusk are clear, dozens of balloons fill the skies. And due to the way the wind blows, they drift right over our house. We often wake up to skies of balloons – rainbow coloured, chicken shaped, countless balloons – low and lazy, we can hear the fire and see the flames as they heat the air. And when we go out for sunset adventures, a great summer tradition, they hang low in the sky above. 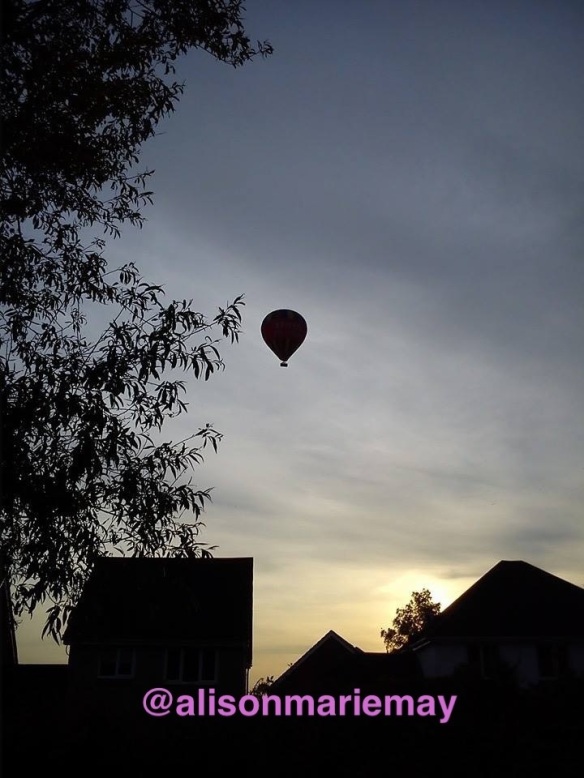 My childhood was filled with memories of watching hot air balloons take off. The high school just down the road from us had a big field, and we’d go down once a week or so to watch the balloons be unrolled, inflated, floating. One landed in the field across from my house one day, and that memory of excitement is as bright as the balloon itself was.

Last summer we took the kids to our city’s International Balloon Fiesta. It always happens right around their birthday weekend, and they are already looking forward to this summer. We spent the day in hot sun, picnicking, watching planes do aerobatics overhead, riding Ferris wheels. And at sunset, we watched over a hundred balloons depart the skies. It was amazing.

We’ve been having jokey conversations about what sort of balloons we would design – because the balloons in our city aren’t just all colourful, but multi shaped – and so I thought, Hmm. Let’s make some to hang in the house. I cast my memory back to the third grade and some Christmas decorations I made in school, explained the idea to the kids, and we ran out into the garden.

Armed with glue, yarn, balloons, empty yogurt pots, tissue paper, and all sorts of stuff. An easy little craft, I thought. And I’ll put up a tutorial once we’ve finished them.

But OH THE DRAMA. We had popped balloons, glue covering most of our bodies, soggy wet yarn drying itself to the path in big clumpy knots.

At one point, little S actually fell backwards into the paddling pool while fully clothed. It was like a bad children’s movie! To her credit and determination, her grip on her wet balloon never faltered and though she was crying and covered in suspiciously green, ice cold water, she held the balloon up and safe.

This is as far we we’ve got:

For our physical and emotional safety (only half a joke, folks!), we’ve decided to leave it for today and do more tomorrow. Don’t ask why there’s only one. What happened to the other one is busy being repressed by the owner of that ill fated hot air balloon. Maybe it’s gone to that clear, lightly breezy place in the heavens.